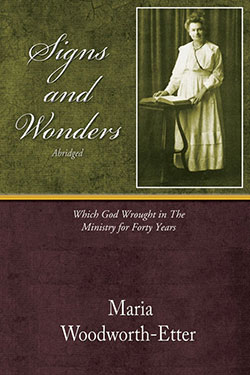 Signs And Wonders by Maria Woodworth-Etter

Trials and Triumphs by Maria Woodworth-Etter 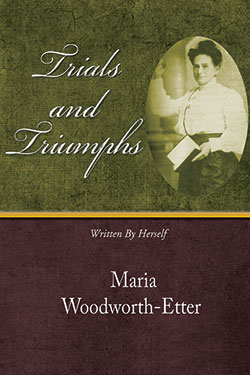 Acts of the Holy Ghost by Maria Woodworth-Etter 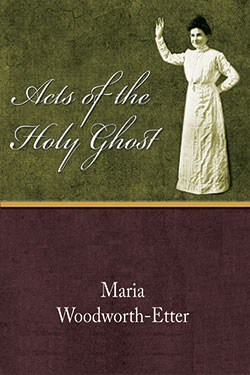 Marvels and Miracles by Maria Woodworth-Etter 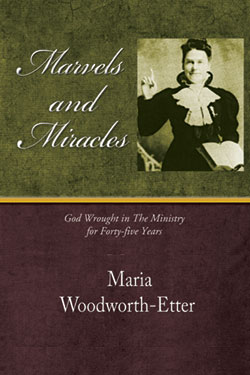 Life and Testimony by Maria Woodworth-Etter 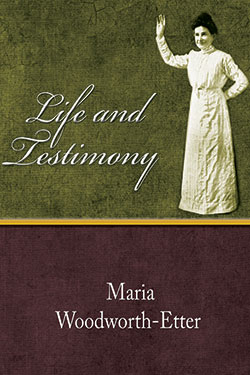 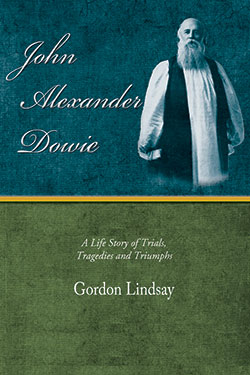 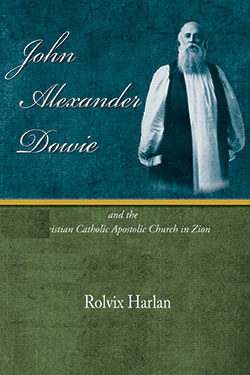 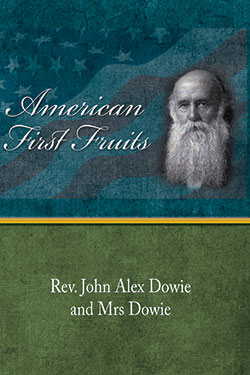 The Life of Charles Parham by Mrs Parham 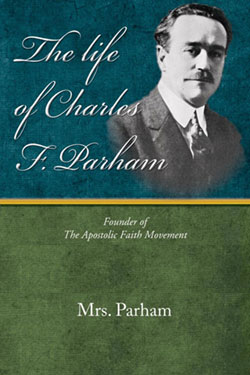 How Pentecost Came to Los Angeles by Frank Bartleman 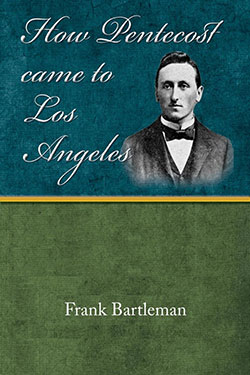 From Plow to Pulpit by Frank Bartleman 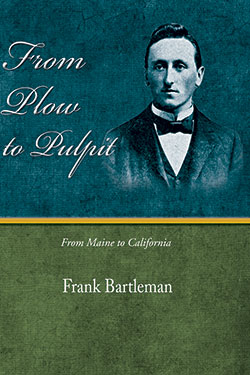 And Signs Followed by Charles Price 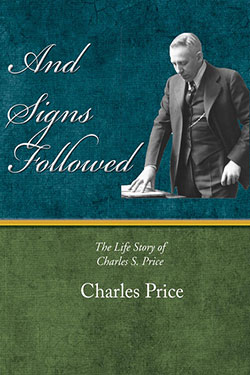 This is That by Aimee Semple McPherson 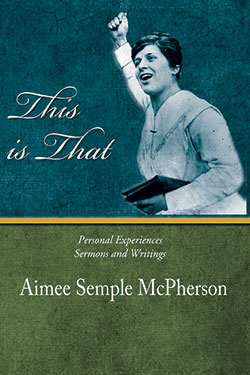 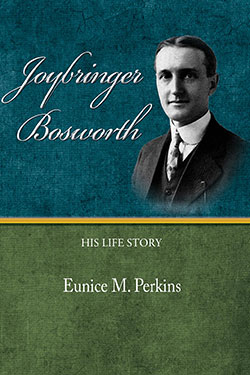 It is generally accepted that Charles Fox Parham was the ‘father’ of the early Pentecostal movement and that William J. Seymour was the ‘catalyst’ of Pentecost, transforming a small and derelict stable in down-town Los Angeles into a center for world revival. But what is not sufficiently recognized is the journalistic ministry of Frank Bartleman, whose personal diary and regular reports in the holiness press constitute the most complete and reliable record of what actually happened in Los Angeles from 1906-1909. Furthermore, his writings in various periodicals and newspapers carried the message of Pentecost around the world, igniting fresh fires of the Spirit as they went.

It may be said that Bartleman was born ‘for such a time as this’ and that his entire life was a preparation for this ministry.

Born on a farm near Carversville, PA, to Frank Bartleman, a strict German and Roman Catholic immigrant and Margaret (Hellyer) Bartleman, an American-born Quaker of English and Welsh stock, Bartleman was quite a sickly youngster, attending school and working on his father’s farm until he left home at age 17.

He took on various jobs when he moved to Philadelphia, where he was converted at Grace Baptist Church, pastored by Russell H. Conwell, on Oct. 15, 1893. He was twenty-two years of age and showed so much ministerial potential that his pastor offered to pay his college fees. He refused, explaining that ‘I made my choice between a popular, paying pulpit and a humble walk of poverty and suffering……I chose the streets and slums for my pulpit.’ This was a commitment he maintained to his dying day.

He studied at Temple College and was licensed to preach by Temple Baptist Church, remaining a Baptist until he joined the Salvation Army in 1897 at Johnstown, Pennsylvania. He then traveled to Chicago to study briefly at Moody Bible Institute before embarking on two evangelistic tours in the South where he became discouraged and depressed.

On May 2, 1900, Bartleman married Anna Ladd, a Bulgarian-born woman, adopted and raised by American Methodist missionaries to Bulgaria, but now a matron for fallen girls in Pittsburgh. Soon after this he experienced the spiritual manifestation of ‘shouting and jumping’ which was quite alien to his pensive and contemplative personality.

Around this time he was ordained into some form of ‘pentecostal connection’ by which he probably meant one of the many holiness groups that proliferated in those days. Thereafter he joined the Wesleyan Methodist Church and was offered a pastorate in Corry, Pennsylvania, which he found very hard ground indeed.

Experiences of the Spirit

During this period he experienced more personal manifestations of the Holy Spirit including, again, ‘shouting and jumping’, ‘electric shock’s to the point of falling unconscious, and being ‘slain in the Spirit’ for 90 minutes before an entire church where he was the speaker. He also saw his horse healed in answer to prayer and experienced the power of the name of Jesus to foil a Satanic attack on himself during the night. He was surely being prepared for the mighty outpouring that was to come.

His ministry to down-and-outs and writing begin

At this time he left the ‘dead and compromised’ Methodists, joining Alma White and the Pillar of Fire holiness church in Denver. While in Colorado Bartleman continued the work that became his lifelong mission – working with down-and-outs, alcoholics and wayward girls, mostly in inner city rescue missions.

It was here that his writing ministry began. He produced tracts and painted scriptures in highly visible public places like bridges and rock faces.

In 1904 he arrived in Sacramento, California and was immediately placed in charge of the Peniel Mission, a downtown, holiness rescue mission. Incompetent workers and continual rivalry between the local Pillar of Fire and Burning Bush Missions caused him to leave the post. He tried to get other pastoral work but was forced to all kinds of odd-jobs to feed his wife and family. They became desperate, even foraging for food in garbage cans.

In December 1904 he left for Los Angeles with his wife and two children. But tragedy dogged their steps continually. Continual poverty, sickness and the death of his oldest daughter, ‘Queen Esther’ caused him and his grief-stricken wife to throw themselves on the Lord with a fresh commitment to the work of the gospel.

Life in the missions

Throughout 1905 Bartleman worked with many holiness missions but found that many were so set in their traditional ways that he was compelled to speak about the need of fresh consecration and humility before the Lord, unless they wanted the coming revival to pass them by.

Nevertheless, here were signs of revival everywhere, particularly amongst the Baptists and Methodists. The Englishman Frank Smale, pastor of the First Baptist Church, had visited Evan Roberts in Wales and Bartleman had corresponded with Roberts, personally. There was much talk of revival and prayer meetings in preparation for the coming outpouring of the Holy Spirit.

Bartleman began writing impassioned appeals for holiness, prayer and renewal, primarily in the Way of Faith, published in Columbia, South Carolina, and God’s Revivalist published in Cincinnati, Ohio. He soon gained national recognition as a reliable reporter and something of a ‘prophet’ of God, especially amongst the holiness groups.

Involved with the leaders of the imminent revival

It was at this time that Bartleman attended a few prayer meetings led by W.J. Seymour prior to the Azusa Street revival. For a time he supported Joseph Smale in the First New Testament Church, attended the Azusa Street Mission, and established another mission at Eighth and Maple Streets in Los Angeles, then turned it over to W. H. Pendleton. But he seldom remained at one address or in one church for very long. The story of the specific events that unfolded there are best reported in our article entitled ‘Azusa Street History.’

Throughout this time he kept a diary which later (1925), along with some of his holiness press reports, became the basis for his book ‘How Pentecost Came to Los Angeles – As It Was in the Beginning’, published in 1925. He was perfectly prepared to chronicle the exciting days of the outbreak of the Spirit, penning the most accurate eyewitness account of those astounding days.

Bartleman preached as an itinerant evangelist for 43 years. He traversed the U.S. many times, preached his way around the world while leaving his family in Los Angeles (1910-11), and made a second extended evangelistic tour through Europe (1912-14), this time with his family.

His literary works and decease

Altogether he led a rich and fruitful life but will mostly be remembered for his literary works. It is estimated that he penned 550 articles, 100 tracts, and 6 books he authored during his ministry. He wrote for popular religious journals of both the Holiness and pentecostal movements in the U.S. and England. He was a frequent contributor to the Way of Faith (Columbia, SC), Word and Work (Framingham, MA), and Confidence (Sunderland, U.K.). His first book, My Story. “The Latter Rain,” published in 1909 by J. N. Pike, was superseded by Bartleman’s own publication From Plow to Pulpit (1924), which described his life from his birth through 1904. How Pentecost Came to Los Angeles (1925) chronicled events in which he participated in Los Angeles from 1905 through 1911. These works were followed by Around the World by Faith (1925) and Two Years’ Mission Work in Europe Just Before the World War: 1912-1914 (1924).

Frank Bartleman died on the afternoon of Aug. 23,1936 aged 65 years. He was buried at Valhalla Memorial Park in Burbank, CA.