Goforth of China by Rosalind Goforth 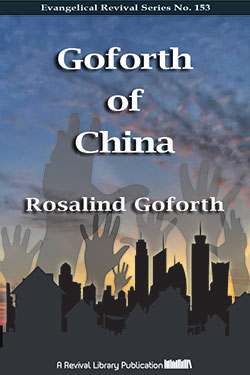 By My Spirit by Jonathan Goforth 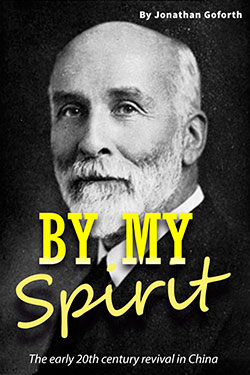 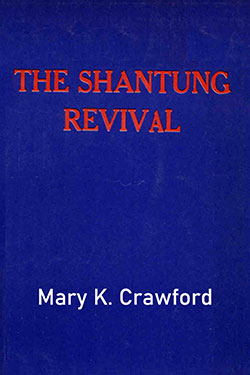 Days of Grace in Manchuria by Unknown Author 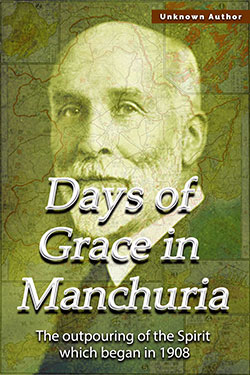 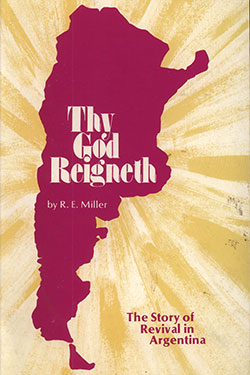 The Flaming Flame by Argentina Revival 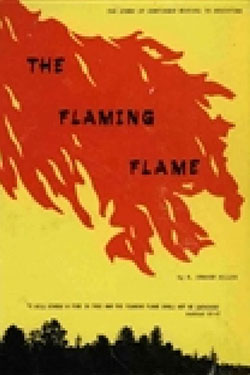 The Lewis Awakening by Duncan Campbell 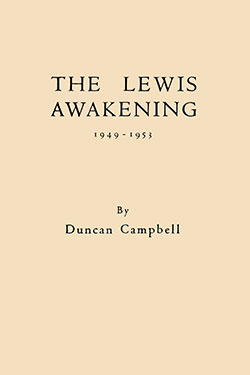 It would not be difficult to conclude that the twentieth century was an era of Pentecostal Revivals and that Evangelical Revivals had become merely history. But such is clearly not the case as there have been innumerable outpourings of the Spirit which have resulted in a restoration of Christian faith and zeal and which have ushered many new converts into the Kingdom of God,

There were four major Pentecostal revival waves during the twentieth century. The first was the initial outpouring which found its genesis at Azusa Street, Los Angeles. The notable characters of this revival were Charles Parham, William Seymour, Frank Bartleman and William Durham. In the aftermath of the initial outpouring there came more pioneering revivalists, like Aimee Semple McPherson, Florence Crawford, A. H. Argue, R. E. McAlister, A. C. Valdez, Carrie Judd Montgomery, Charles Price, Raymond T. Richey, and a host of others in America. John Alexander Dowie began to discover divine healing before the turn of the century, as did Maria Woodworth Etter, who exercised a powerful Pentecostal ministry before and after Azusa.

In Europe T. B. Barratt, Lewi Petrus, Alexander Boddy, Smith Wigglesworth, George and Stephen Jeffreys, and other ministries furthered the work. Other nations had their own carriers of the Fire.

The second wave was called the “Healing Revival” which occurred in the late forties and fifties in America. William Branham and Oral Roberts were the most influential figures.  Jack Coe, A. A. Allen, T. L. Osborn, W. V. Grant, Don Stewart, Kathryn Kuhlman and Morris Cerullo  were among about ninety healing evangelists who traversed the land with their message of healing and hope. It brought a new harvest of converts and renewed hopes of national revival all over the world.

The third wave was the less known “Latter Rain Revival.” This movement originated at Sharon Orphanage and Schools in North Battleford, Saskatchewan, Canada. George Hawtin led the movement which began in a Bible school when students experienced an amazing outpouring of the Holy Spirit on February 12th 1948. Fasting and prayer had preceded this move and there began a fresh flow of spiritual gifts to the group. Tongues, interpretation and prophecy became common and healings soon followed. Suddenly the ailing Pentecostal ministry of the church received new life from heaven. As people became aware of these events they flocked to North Battleford from all over the world. The distinctive of the movement were fasting, the laying on of hands, the restoration of the Baptism of the Spirit and spiritual gifts, singing in the Spirit, the restoration of ministry gifts including apostles and prophets and the autonomy of the local church.

This movement laid foundations of truth and practice which were to have a striking effect on the embryonic charismatic movement.

The fourth wave was the charismatic renewal movement. This found expression in two groups – the mainline denominations and the new apostolic churches.

Men like Dennis Bennett and Michael Harper led the denominational streams and Ern Baxter, Derek Prince, John Poole, Bob Mumford, Don Basham and Charles Simpson were the most notable leaders of the new church streams. Though the distinctions were rather blurred in the early days they became clearer as each movement matured. The charismatic movement has brought untold blessing to the worldwide church as it has returned to the original design God gave in the New Testament. Nowadays, wherever there are Charismatics there are a love for God’s word, the activity of the Spirit, preaching of the Gospel and, of course, authentic conversions.

Evangelic revivals in the twentieth century began with the Welsh Revival but they certainly didn’t end there. Despite two world wars there were occasional outbreaks of local evangelical revival.

After the revolution of 1917 Russia saw extraordinary revival and evangelism until 1929. Ukraine, Poland, and Romania saw similar movements of the Spirit at this time.

Congo experienced an evangelical awakening in the 1920’s and other revivals occurred in Cameroon, Nigeria, the Gold Coast, the Ivory Coast and in Nyasaland.

In 1921 a notable revival occurred at Lowestoft in Suffolk, England, under the ministry of Douglas Brown, soon spreading to other East Anglian towns. Jock Troup, a Scottish evangelist took the Fire north of the Border and W. P. (Billy) Nicholson held unusually packed and blessed meetings in Ireland.

Shanghai, China was visited in 1925-6 in revival power. Andrew Gih and other evangelists toured China’s provinces often attended by revival phenomenon. In 1931 they saw revival outbreaks in Manchuria and Shantung. In the North of China there was revival from 1927-1937 associated with Marie Monsen of the Norwegian Lutheran Mission, together with indigenous evangelists.

Martyn Lloyd Jones saw revival phenomena in his early ministry in Aberavon, Wales, in the thirties.

James A. Stewart, a young Scottish evangelist was involved in significant revivals in the Baltic States of Latvia and Estonia in 1934-5 and in Poland and Czechoslovakia the next year.

The Hebrides Islands, which had been visited with revival power a number of times before, saw another series of local awakenings from 1934-1939.

The East African revival began in Ruanda in 1934 and profoundly influenced neighbouring nations, mainly among Anglicans.

George Jeffreys saw astounding revival and divine healing scenes in the UK during the early thirties.

Following World War II the Hebrides became a focal point for revival. It began at Barvas on the Isle of Lewis in 1949 and lasted about two years.  Duncan Campbell was the instrument and there were revival signs of conviction, deep spiritual distress, repentance and conversions. The presence of God was everywhere.

The Forest Home Conference Centre, owned by the Hollywood Presbyterian Church saw a significant spirirual awakening in 1949. Henrietta Mears, the church’s Sunday School Director, had paved the way two years earlier. Edwin Orr and Billy Graham at this Students Briefing and Graham received a fresh touch of the Spirit of revival, along with many others who stepped into the missions arena.

The same year Graham’s planned three-week campaign in Los Angeles was extended for three months and his subsequent crusades produced more converts than had ever been reported in previous evangelistic crusades anywhere in the world.

In 1949-50 J. Edwin Orr was used to bring significant awakenings on several campuses of Christian colleges and Bible Training Schools.

Billy Graham’s visit to Haringay. London in 1954 raised the spiritual temperature of the nation’s capital and subsequently thrust scores of new candidates into the ministry. While not a full revival as we understand it, there was a new spiritual awakening that occurred in the nation.

From 1967-1975 there occurred what became known as the Jesus Movement. It was a movement amongst alternative youth culture in America which soon overflowed into Europe. John Wimber later calculated that three million were converted during this unusual awakening. Notable personalities were Arthur Blessit, Lonnie Frisbee, Chuck Smith and Larry Norman – with a host of others who sang Jesus songs, ran local community houses, worked amongst college students, hippies and street gangs. It was a spontaneous, humanly unorganised awakening which reached a culture far removed from the white Anglo-Saxon respectability of the contemporary church. The current writer was a product of this move of God in the UK. This movement began to experience a new brand of Christianity which was Bible-based, Spirit baptised, focussed on community and missionally oriented.

David Wilkerson’s work amongst drug addicts had phenomenal results, not just among the thousands of young people who were converted though messed up with drugs, but also through the reporting of the miraculous conversions in his book, The Cross and the Switchblade. Wilkerson brought a charismatic dimension to the Christian gospel which was illustrated amazingly throughout his ministry.

In 1970 a revival broke out in Asbury College in Wilmore, Kentucky, on Tuesday 3 February 1970. The regular morning chapel commencing at 10 o'clock saw God move on the students in such a way that many came weeping to the front to kneel in repentance, others gave testimonies including confession of sin, and all this was mixed with spontaneous singing. Lectures were cancelled for the day as the auditorium filled with over 1,000 people. Few left for meals. By midnight over 500 still remained praying and worshipping. Several hundred committed their lives to Christ that day. By 6 am next morning 75 students were still praying in the hall, and through the Wednesday it filled again as all lectures were again cancelled for the day. The time was filled with praying, singing, confessions and testimonies.

As they continued in prayer that week many students felt called to share what was happening with other colleges and churches. Invitations were coming from around the country as news of the revival spread. So teams went out from the next weekend to tell the story and give their testimonies. Almost half the student body of 1000 was involved in the teams witnessing about the revival.

In the first week after the revival began teams of students visited 16 states by invitation and saw several thousand conversions through their witnessing. After six weeks over 1,000 teams had gone from the college to witness, some of these into Latin America with finance provided by the home churches of the students. In addition, the neighbouring Theological Seminary sent out several hundred teams of their students who had also been caught up in this revival.

Those remaining at the college prayed for the teams and heard their reports on their return. Wherever teams went the revival spread. The college remained a centre of the revival with meetings continuing at night and weekends there along with spontaneous prayer groups meeting every day. Hundreds of people kept coming to the college to see this revival and participate in it. They took reports and their own testimonies of changed lives back to their churches or colleges. So the revival spread.

A similar dramatic revival occurred at Whittier Christian High School in 1987-1989. All the classical marks of revival were evident: deep conviction of sin, spontaneous repentance, innumerable conversions and a passion for the lost and needy. The Spirit would fall in student prayer meetings and sometimes in class time, causing students to tremble or fall to the ground. Others broke into spontaneous praise in new tongues from God.

There were many more outbreaks of revival across the world during this period which we have no space for here. Geoff Waugh has noted many of these in his article which can be found in this section of the site.