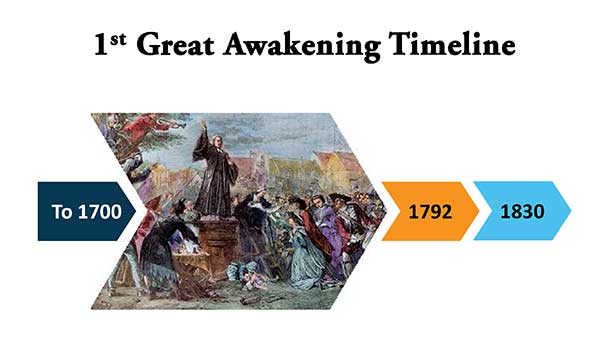 Pietism: Prelude to the Revival

A people’s movement which emphasized an internal and individual return of the soul to the authority of the Bible, to prayer and to piety.

1692 August Hermann Francke (1663-1727), a kindred spirit to Spener, who arranged an appointment for Francke as professor in the University of Halle, opened in 1691. Helped to make Halle a pietistic center of higher education and revivalism. Franke had immense influence across Europe and America.

1706 The first two Protestant missionaries were Pietists, Bartholomew Ziegenbalg (1682-1719) and Heinrich Plütschau (1677-1747). Sent in  by the King Frederick IV of Denmark to begin missionary work in southern India.

1719 After 13 years 428 persons had been baptized and 280 received into membership in the new church in southern India.

1705 Revival at Taunton, Mass., when a group met for fasting and prayer, prompted by the example of religious societies of young men in London, to promote a 'reformaton' to counteract growing godlessness in the town. (Gillies)

1734 Revival at Northampton, Mass under Jonathan Edwards. The revival spread up and down the Connecticut River valley until over one hundred communities had experienced renewal of Christians and salvation of sinners by 1737.

1746 Jonathan Dickinson, with revivalist preachers, opened the College of New Jersey in his home in Elizabethtown, New Jersey. Later moved to Newark and finally located in Princeton in 1756.

Revival in the South

1747 The Great Awakening was in decline by this year

1760 Philip Embury and Robert Strawbridge, a convert of Wesley, came to America from Ireland, as Methodist pioneers.

1763 Devereux Jarratt revival ministry began. He laid the foundation for Methodism’s greatest growth between 1763 and the Second Awakening in the 1790’s.

1769 Robert Williams went to America and led Jesse Lee to faith in Christ. Lee is credited with winning 4,200 to renewal or salvation in a revival in 1787. Williams worked with Devereux Jarratt in Virginia for a time.

1769 Richard Boardman and Joseph Pilmoor (1739-1825) in  by the Leeds Conference after they volunteered for that duty.

1760-1769 These unofficial Methodist preachers laid the groundwork of revival Christianity until official missionaries were sent by Wesley.

1775 Jarratt accompanied Thomas Rankin on a preaching tour of the southern colonies and into North Carolina. They preached to great crowds of people under trees and in “preaching houses.” Jesse Lee, who was an eye witness to many of the revival scenes states: “In almost every assembly might be seen signal instances of divine power; more especially in the meetings of the classes … Many who had long neglected the means of grace now flocked to hear … This outpouring of the spirit extended itself more or less, through most of the circuits, which takes in a circumference of between four and five hundred miles.”

1784 The Methodist Episcopal Church was organized. Thomas Coke and Francis Asbury were elected by the church as superintendents. Asbury travelled 300,000 miles, preached tirelessly, and received several thousand preachers into the American Methodist church. He and Coke founded Cokesbury College in 1785. The Methodists in America numbered over 200,000 by the time of Asbury’s death in 1816.

1787 The Hampden-Sydney College Revival. The college had been founded in 1776 as a result of the Great Awakening. Prayer meetings resulted in more than half the students’ conversion. More than thirty went into the Presbyterian ministry.

1788 James McGready, who visited the Hampden-Sydney College in, owed much of his spiritual development to the revival he observed there. The revival spread to Washingon College (now Washington and Lee University) and to Prince Edward, Charlotte, and Cumberland Counties. Hampden-Sydney later.

1716 Griffith Jones, a young Anglican clergyman, ‘morning star of the revival’ in Britain

1735 John Wesley went to America to preach to the Indians – failed!

1735 March, George Whitefield became first ‘Methodist’ to experience ‘full assurance of faith,’ turning from a religion of works to Jesus Christ who “revealed himself to me and gave me the New Birth.”

1738 May 24. John Wesley feels his heart “strangely warmed” at Aldersgate Street prayer meeting, many believe this was his spiritual conversion.

1739 February 17 Whitefield preaches to crowds of two hundred, then five thousand, then ten thousand, and even twenty thousand, in Bristol.

1739 March 2 John Wesley reluctantly agrees to preach in the open air to up to 3,000 listeners, with phenomenal results. The Lord began to confirm His Word with signs following: falling, shaking, crying out, violent trembling and tears.

1739 Whitefield went to America in 1739, invited John Wesley to look after his work in Bristol while he was gone. Whitefield persuaded Wesley to begin open-air preaching on April 2. Thereafter, Wesley’s revival ministry reached every part of UK for 50 years.

1742 Wesley preaches in the north of England for the first time with Charles.

1744 First Methodist Conference at the Foundery, division of the country into Methodist districts

1747 Wesley preaches in Ireland for first time (first of 42 trips).

1755-1785 John Berridge at Everton experienced revival under his preaching

1744 The American Island of St. Thomas (Caribbean) 650 come to Christ through Moravian missionaries

1748 Gerardus Kuyper heard of the Scottish revivals by letter and a revival broke out in his church in Amsterdam.

This timeline was constructed using the chronology of Earle E. Cairn’s ‘An Endless Line of Splendour,’ with additions from Gillies' 'Historical Collections relating to the Success of the Gospel, 2 vols.'  and numerous other revival resources, most of which are noted in brackets alongside the entries.